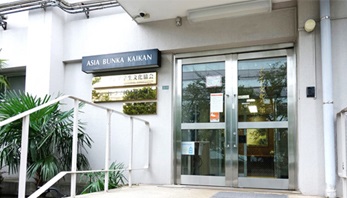 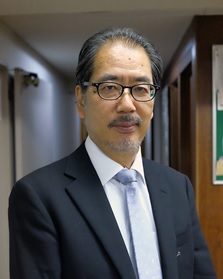 The Asian Students Cultural Association was established in 1957. The roots of the Association lie in the Shinsei Gakuryo opposite the main gate of the University of Tokyo in Hongo. Its history dates back to the Shiken Gakudo (Students’ Institution), presided over by Professor Shinkichi Uesugi of the University of Tokyo during the Taisho era. Before the war, students were idealistic and aspired to bring about fundamental change in society. After the war, the name of the institution was changed to “Shinsei Gakuryo” under the direction of Goichi Hozumi. He encouraged students to reflect upon and acknowledge the role that Japan had played as an instigator of conflict in Asia in the past.

The Association is a self-governing organization in accordance with its original principles of independence, reciprocity and equality, which have been maintained to the present day. The life of the Association is based on its role as a place of training and education. It offers a space for character formation, with the aim of fostering true friendship on a global basis, especially amongst Asian countries, and conducting various projects to develop human resources to support this.

With economic and technological development continuing apace, modern society has become more and more internationalized as cross-border connections have grown and human mobility has increased. On the other hand, new and more complex problems have also arisen, such as environmental issues and social and regional disparities. Unfortunately, this means that international conflict and strife has become more commonplace. The Association’s “Charter of Establishment,” written more than 60 years ago, outlines a goal of human harmony through “mutually beneficial cooperation” transcending borders, boundaries, ethnicity and religion. These principles remain as pertinent and important today as they were when the document was originally published.

The core objective of the Association to assist international students with their studies and admission to Japanese educational institutions. It supports exchange activities and the day-to-day living requirements of Japanese and foreign students and promotes international education opportunities for them, such as Japanese universities. Our aspiration is for the Association to successfully rise to the increased challenges of society and to contribute to true mutual understanding on an international basis and to the development of world peace. These activities can be accomplished only through the broad-based understanding and cooperation of people in Japan and overseas. We ask for your continued dedicated support and cooperation in helping us to achieve these objectives.

Introduction to the Association

Association overview
Name
THE ASIAN STUDENTS CULTURAL ASSOCIATION (ASCA)
Established
September 18, 1957
Mission
The objective of the Association is to contribute to the development of good will in Asia and to world peace, enabling young people from Japan and Asia to live together in a spirit of harmony through academic, cultural and economic exchange.
Logo

"A" in the middle is the A for ASIA and All over the world, and the three circles illustrate the Classmate relationship and also contains the meaning of equality. The color of blue represents the youthfulness of the youth, and the red circle in the center represents the dormitory, the school and the alumni, showing how the bonds of reciprocal friendship fostered in this area have grown and expanded beyond the country and region. The outer cog represents the further development of mutual understanding and peace in the world through the activities of alumni members. The original idea was created in 1957.

This logo's idea was used as the logo for the Technology Promotion Association (Thailand-Japan) TPA, Thai-Nichi Institute Technology TNI, and ABK Academy [ABK The [College] logo has been illustrated.

History of the Association

Founding brief
- 1957 Original text -
The youthful power of young students is a major force for advancing the history of nations in all ages. At present, this force are particularly remarkabled byAsian countries.
Ten years after the end of World War II, Japan finally became a member of the United Nations and has begun to take steps as a member of the international community, and all those in the know agree that we, as a nation of Asia with this great power, must move forward together with Asia.
It is truly necessary for the future development of Japan that the young students of Asian countries who are responsible for the future of Asia deepen mutual understanding, become friends, and cooperate with each other. At present, there are more than 4,000 young Asian students in our country, and the interest in these students from all quarters is gradually increasing, and we, too, have planned the establishment of the Asian Students Cultural Association as a public interest incorporated foundation with the following ideas and plans.
One of our cultural projects is to build and operate a dormitory and other halls where academic researchers, international students and Japanese students from Asian countries can live and study together, and the other is to plan and implement a variety of cultural exchange and academic cooperation.

Our basic attitudes towards these projects are――

2.o
Mutual benefit and cooperation: To cooperate and learn from each other and to lay the foundation for future scientific, technological, cultural and economic exchanges.

In short, the Hall is a dormitory where Asian academic researchers, international students and young Japanese students can live together in a healthy, family-like atmosphere to deepen mutual understanding and foster friendly exchanges.
In its operation, based on the premise of humanity, the dormitory is designed to provide foreign students with language exchange, especially the Japanese language, mutual understanding of lifestyles, and assistance in learning academic skills, as well as liaison and cooperation with academic institutions, businesses, and various organizations in Japan after graduation. We welcome all non-Asian academics and foreign students who agree with our objectives.
We believe that the Asian Students Cultural Association will surely contribute to the mutual development of our country and Asia, as well as to world peace in the future. However, since this project will not be realized without the extensive cooperation from inside and outside of Japan, we would like to ask for your enthusiastic support and encouragement in this endeavor.